It’s as simple as checking the links, right? Hopefully!

First results are released after 8pm

Another round of results usually arrives before midnight.

Some counties may offer additional updates the next day, others wait until scheduled reporting dates – that’s every following Wednesday in most counties.

Start with the local and state links

Since the most-watched races tonight – like our new congressional district and governor – extend beyond Deschutes County, you’ll want to keep your eyes on the state results here.

Deschutes County results here will tell you who won the Republican primary between Tony DeBone and Scott Stuart and how folks in our area voted, but they won’t have the final say on all the key races.

Want to play pundit and try to game out the remaining vote? That’s a little more complicated in a vote-by-mail state, but you can look to other county results to get a feel for trends. This is especially helpful for races like OR-05. Check the links on this page for more.

You’ve probably seen cable news pundits talk about waiting for precincts in a more liberal part of the big city or a conservative rural area to report results and how those are likely to shift the outcome. We don’t see that here.

In Deschutes County, the first ballot drop will say “50 out of 50 precincts reporting.” That doesn’t mean we’re done.

In other states, where you’d have to stand in line to vote, ballots are collected at the end of the day in each precinct and then counted all at once. Then that precinct is checked off as “reported.” Here in Oregon, ballots are sorted and counted at the county clerk’s office on a rolling basis. That means all 50 precincts in Deschutes County will have some ballots counted on the first round. And all precincts will still have more to count as more ballots arrive.

We won’t know right away how many more there are to count. Each county usually says how many ballots they have received (vs counted), but that number is subject to change as more ballots arrive.

The first ballot drop should tell us how many ballots were received before Election Day. The second ballot drop typically updates that to include all ballots received on Election Day from late drop box pickups. Ballots will continue to trickle in for days thanks to the new postmark rule.

All results are “unofficial” until June 13th

If you’re from an urban area like Seattle, you may be familiar with the expectation that votes received later tend to come from younger, more progressive voters. That late-breaking vote in Seattle, for example, recently helped Kshama Sawant retain her city council seat.

In 2018, Democrat James Cook led Republican Patti Adair in the race for county commission by hundreds of votes in the first ballot drop on Election Night. His lead shrank heading toward midnight and by morning the results flipped to favor Adair.

In Cook’s case, there were several ballot drops reported in the 24 hours after polls closed and the trend was clear enough. In Kiely’s case, there were fewer reports from the county and enough outstanding ballots to be “cured” that the race wasn’t called for days.

Close races may take a while…

If Jamie McLeod-Skinner’s challenge of Kurt Schrader for congress comes down to a narrow margin, we may be delayed by a unique problem in Clackamas County: misprinted ballots there mean votes cannot be machine-counted right away.

A printing error made the barcodes used in machine reading ballots defective. As a result, officials will hand transfer votes to new ballots and then machine process them. Observers will witness the entire process.

This isn’t anything like the sort of nefarious nonsense your MAGA uncle might talk about, but it is a serious problem and it will almost certainly cause a delay in having a firm result in this closely-watched race. Clackamas is Schrader’s most favorable territory and holds a large share of the district’s voters.

Campaigns and elections staff are still busy after Election Day. Outside of the Clackamas cluster****s, you still have ballots to chase.

If your ballot wasn’t read for any reason – your signature didn’t match, a bird pooped on your mail, whatever – the county clerk will alert you and give you a chance to come and fix things. It’s called “curing” your ballot.

Campaigns have visibility on that and can reach out and nudge you to go fix your ballot. Get a jump on that process by checking whether your ballot was received at MyVote. 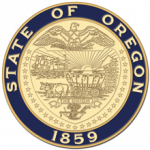 Track the OR-05 race more closely with these county links: